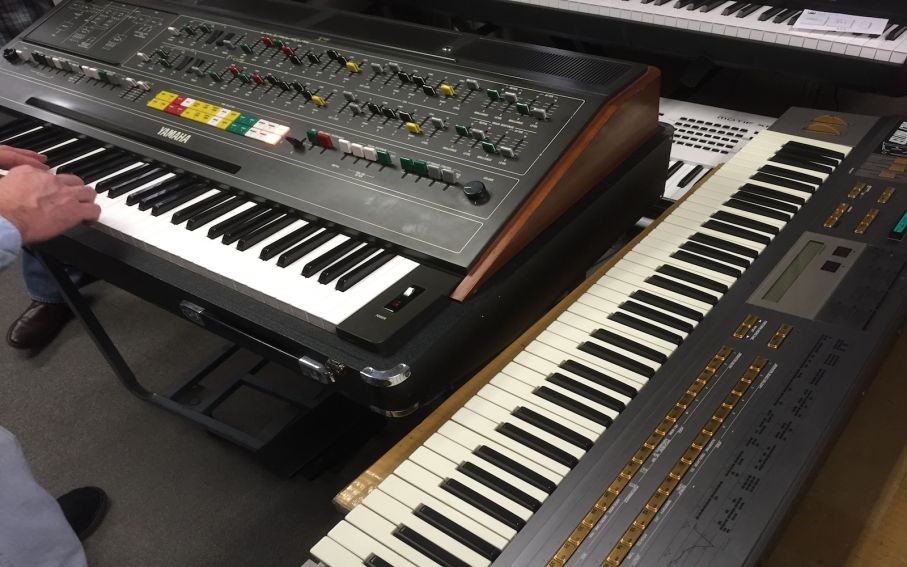 The "father of FM synthesis" Dr. John Chowning - a legend here at Yamaha - was recently interviewed. Learn more about this trailblazer and hear the interview here.

As a graduate student, I had the pleasure of attending a psychoacoustics lecture followed by a remarkable electronic music performance by Dr. John Chowning. His composition utilized many strategically placed speakers and featured amazing spatial imaging effects at a time when "surround sound" was uncommon. During the performance of the composition, sounds seemed to fly around the room, dart under chairs and sit just out of arm's reach. Chowning's lecture was simultaneously amusing and brilliant, making the experience all the more enjoyable.

Dr. John Chowning is universally regarded as the father of FM synthesis and a Yamaha legend. His 1973 paper, "The Synthesis of Complex Audio Spectra by Means of Frequency Modulation", served as the genesis for the DX series and continues within Montage and its state-of-the-art FM-X synthesis engine. Beyond his work in music technology, Dr. John Chowning is also an internationally recognized composer, musician and professor of music. His compositions include Sabelithe, (1966, revised 1971), Turenas, (1972), Stria, (1977), Phoné, (1980–1981) and Voices, (2005).

Holly Herndon, an American composer and sound artist based in San Francisco, CA, interviewed Dr. Chowning at a recent event in Berlin hosted by CTM Festival and HKW Berlin, with createdigitalmusic.com serving as media partner. The interview covers Chowning's background, his 3 years in Paris studying electroacoustic music with Nadia Boulanger, his work at IRCAM, his time at Stanford and Bell Labs, the founding of CCRMA (Center for Computer Research in Musical Acoustics) in 1975 and his discovery of FM synthesis using digital oscillators arranged as "carriers" and "modulators". This discovery attracted the interest of Yamaha in the early '70s and Chowning recounted this experience:

"The Yamaha interest began in 1971... they had the foresight to dedicate a really strong engineering effort to seeing FM to product... 10 years and probably 100 really good engineers. So the DX7 isn't Chowning's device, it's the underlying principle and I worked with the engineers over those years but it really is an instrument that belongs to Yamaha."

This is a fascinating interview for anyone interested in music technology, composition and the creative process in general. Check it out in it's entirety here.

Want to discuss this article? Join us for the conversation on the Forum here.