From France comes a series of well-produced and informative videos from "Moessieurs". Yamahasynth caught up with musician and creator, Joël Borg, for a brief interview about his experience with Yamaha synthesizers and the creation of his Moessieurs YouTube Channel.

Yamahasynth (YS): What was your first Yamaha keyboard?
Moessieurs (M): My first synth was a Yamaha DX100 followed by a Yamaha PSR-730. I initially played music just as a hobby but started both playing and DJing for parties with family and friends.

YS: Tell us about your musical experience as a keyboardist.
M: I started playing in a cover band and quickly realized I needed something more in my keyboard set up, so I bought a Korg Triton LE. It was a good workstation, but I felt something was missing. In 2003, I saw my first video on the Motif ES featuring Bert Smorenburg - and it was love at first sight! 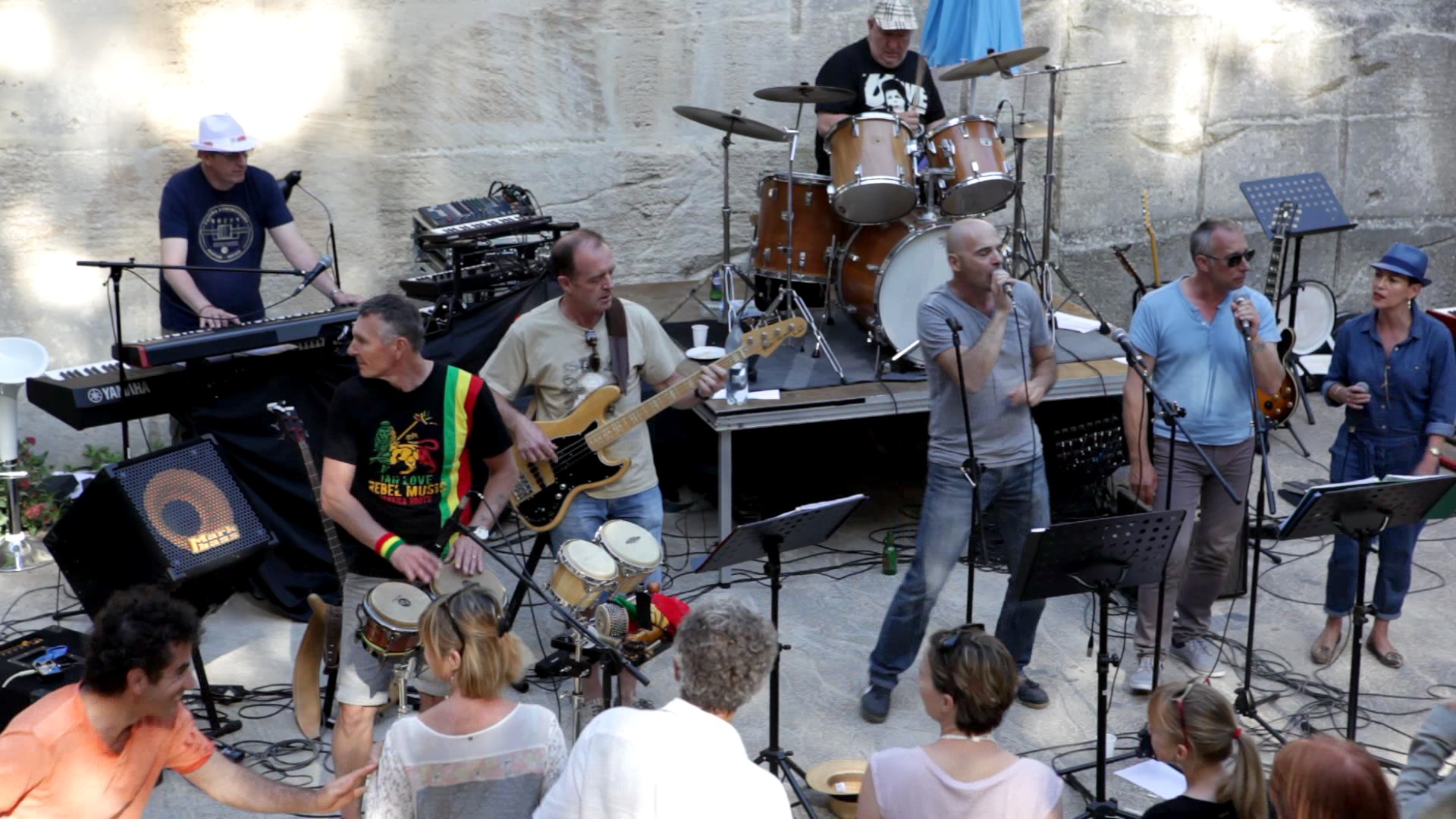 YS: The Motif ES really impressed you, I take it!
M: Yes! After that I discovered Motifator.com with all the great answers to end-user questions by Phil "Bad Mister" Clendeninn, Blake Angelos and Tony Escueta. I learned a lot from those forums. I started translating Bad Mister tips and posting them on the French forum "Audiokeys," along with answering other end-user questions.

YS: Tell us how you came up with "Moessieurs".
M: I wasn't completely satisfied with the help I was providing on the Audiokeys forum and wanted to do something better. I have a job in an industry where I lead professional trainings and I know how to train properly. I wanted to use that experience to create a website in French, for French users, based on that experience - and in late 2004, the Moessieurs website was born.

YS: It looks like the French word "Monsieur". Is "Moessieurs" a play on that word?
M: Yes. The name "Moessieurs" comes from a combination of "MOtif ES UsER", but MOESUR didn't sound very good in French."Monsieurs" in French means "Mister" so the website name came from these two words "Moesur" and "Monsieurs". "Moessieurs" was born and it sounds great in French!

YS: The production quality of your MONTAGE videos is really good. Can you tell us a bit how your process evolved?
M: I started with a computer webcam, a simple microphone and soundcard, but quickly realized I needed better quality. I upgraded my system and purchased better quality equipment and editing software. I have continually upgraded my system to keep up with the times since then.

YS: So it all began with the Motif ES, but over the years you have done videos on other Yamaha products as well.
M: Yes. I did videos first on the Motif ES and then discovered the PLG Series of Expansion cards and created both videos and articles on the DX, AN and VL cards. It was great to have them inside my Motif ES and listen to them through my Yamaha MSP5 studio monitors. Then the Motif XS came out and there were so many great improvements in WaveROM, arpeggios, effect processing - like VCM, faders, knobs and the color screen. After that, I acquired the N12 mixing console and used the XS and N12 with Cubase, all connected to my computer via FireWire. That was such a powerful system, and I began to offer training support for other musicians. This is when Moessieurs expanded beyond the Motif series and into other areas of music production.

YS: Then came the Motif XF...
M: Yes! In 2010 when the Motif XF came out, I was invited by my friend, Nicolas from Yamaha France, to attend a preview of the XF in Hamburg. It was there I met Peter Krischker from Easysounds for the first time - and had a wonderful time talking to him about this amazing new update to the Motif Series. After this, I worked on a series of videos on Karma Motif, the great software from Stephen Kay and articles about John Melas XF tools. It was around this time that I began both shooting in HD and adding English subtitles to my videos. After this I discovered the reface line - and was so impressed by the huge sound! I really love the reface DX because it brought me back to FM synthesis, so I produced a series of Moessieurs articles and videos on reface DX.

YS: Now here we are with MONTAGE. It's really impressive how many videos you have completed so far. What are your impressions?
M: It is a beast! I first saw MONTAGE in April of 2016 at SuperBooth in Berlin and finally got one 2 months later in June. It is so new and represents a new way to work - and at the same time there are some definite points where it is similar to Motif XF. I really have to thank the great Yamaha consultant, Hans-Peter Henkel, for really helping me understand where MONTAGE is different. The two pianos, the CFX and the expansion Bösendorfer Imperial 290, are incredible and perfect for me. Of course, the FM-X engine is gorgeous, as are all the new AWM2 waveform content. I just love the string sections. And with MONTAGE Connect, I can share all my Moessieurs Performance content. I hope more users share theirs as well!

YS: What are you working on now?
M: I have a new synth and a new area to work in, but Moessieurs will stay the same because it is where I started on this great adventure and it has brought me to where I am now. I currently work in a duo with my friend Thierry on guitar vocals and me on keyboards playing different covers by Phil Collins, Police, Robbie Williams, U2 - and French singers like Jean-Jacques Goldman. Stay tuned: Moessieurs will continue to provide support for users of Yamaha synthesizers. Even though I feel like I'm just a practicing musician, I love to say "I Play Yamaha" because I love the sound and the usability. 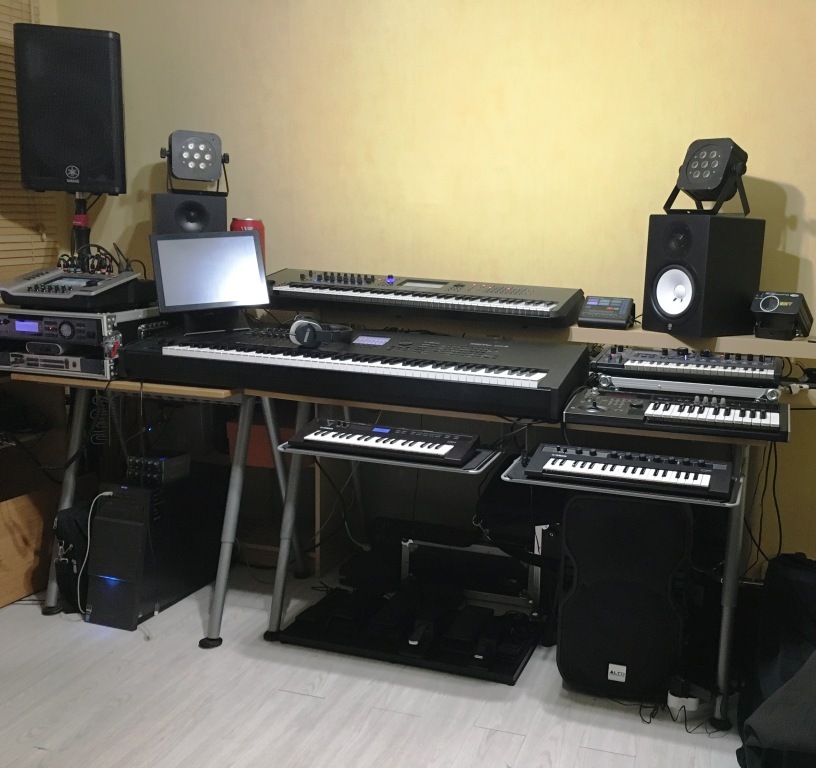 And share your experiences by joining the conversation about Moessieurs on the Forum here.

Behind the Synth: Manny Fernandez and OS 3.5 Synth Chat