Talking Music and MONTAGE with Pianist and Keyboardist David Witham Pianist and keyboardist, David Witham is a musician with a diverse background collaborating with some of the best in the performance world. Studied piano in LA with Alan Broadbent and at New England Conservatory with the Jaki Byard. Musical director for George Benson and produced recordings for Tom Scott and Grover Washington. David's recording and performance credits include Barbra Streisand, Lee Ritenour, k.d. lang, Missles of October, Chaka Khan, Jose Feliciano, Chick Corea, Michael and Randy Brecker - and more!

He has also served as assistant conductor for "The Lion King" musical and associate conductor for "WICKED" at the historic Pantages Theater in Hollywood. Besides being an amazing pianist and keyboardist, David has another cool side project called “Portable Universe” - a public access television show. Episodes and segments from the show can be viewed at: www.portableuniverse.tv as well as PADNET in Long Beach, California (Charter ch. 32 / Verizon ch. 41 and on demand @ www.padnet.tv) and feature artists from around the world. As he describes it, the shows feature “off-beat, off-the-beaten-track television content” and an eclectic mix of “live music, raw poetry, live painting, photographic studies, and many other arts, culture, and life subjects we love shedding light on”. It is very cool and definitely worth checking out!

Yamahasynth had an opportunity to meet up with David at the 2017 Winter NAMM show where we talked about his background and how he uses MONTAGE on the stage and in the studio.

Yamahasynth (YS): I read your bio on your website and it is really interesting. You are a really eclectic musician with a strong foundation in jazz. Can you share some memories from your studies?

The first is Alan Broadbent. I met Alan when I was 17 and trying to figure out how to be a jazz piano player. He showed me so much about the music and about being a pianist. Valuable lessons, such as learning Lester Young’s solo choruses on “Lester Leaps In” by ear and be able to sing it before I tried to play it on the piano. The lesson learned from that exercise was to internalize the music, because if you internalize the music to that degree you’ll be able to play it on the instrument with much more conviction and fluidity. He showed me chord voicing and arranging concepts he’d gotten from Herb Pomeroy at Berklee, as well as things he’d learned from his studies with Lennie Tristano.

He also got me thinking more like an arranger at the piano, particularly when accompanying singers. He was working a lot with vocalist Irene Kral at the time, and they had just recorded an incredible duo record called "Where is Love“. I spent a lot of time at their gigs absorbing all that I could. Alan also opened my mind to so much music beyond jazz. He’d say something like: "So you like Bill Evans, kid? Check this out...,“ and hand me Ravel’s “Le Tombeau de Couperin” or “Daphnis et Chloe” to chew on for a while. Or we’d sit down and listen to his beloved Mahler, as well as Bud Powell and Charlie Parker. He really helped begin the expansion of my musical consciousness beyond jazz. 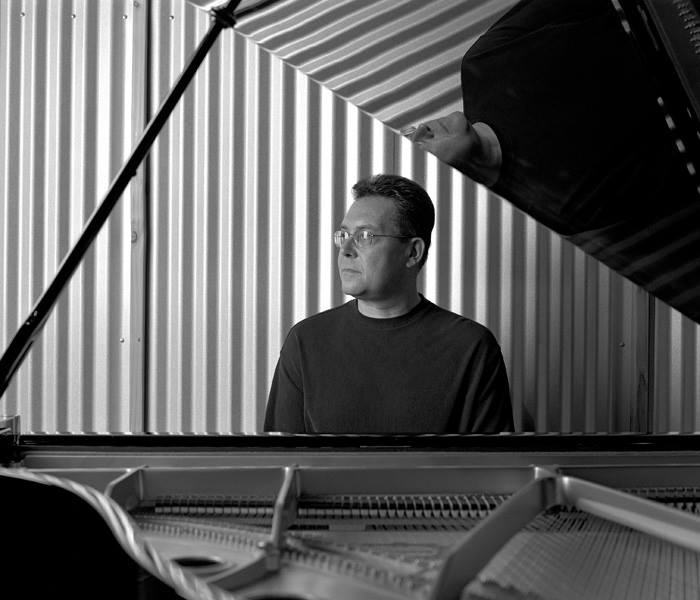 YS: Wow, what a great experience! Who is the second influence?

DW: Jaki Byard. I sought out Jaki Byard at New England Conservatory. I’d first encountered his music when my friend Rich Shemaria played me his record “Live at Lennie’s on the Turnpike”. Jaki Byard was a walking history of jazz piano…and all music, really! From Brahms to absolute freedom, he was fearless. And he was quite a character!

Stride piano was something I wanted to get into with him. One day at a lesson, I asked him "How do you play that stride piano stuff?" He said, “Well, you sit your a** down here in the middle of the bench and do this…” and he dealt out a really fast Fats Waller-esque passage. After I picked up my jaw from the floor, he laughed and gave me copies of left hand patterns spanning 10ths that he’d fashioned into exercises. He also gave me some of his stride pieces and told me: "Start slow - you’ve got to learn to walk before you can run.“

He also had lot of other harmonic and rhythmic stuff written down for his students. He called it “The System of Total Tonal Confusion”, a subtle jab at fellow instructor George Russell’s “Lydian Chromatic Concept of Tonal Organization”. Lessons with him were diverse - sometimes we would play duets for an hour,  and sometimes, we’d talk about his experience playing with Charles Mingus and Eric Dolphy.

YS: Thanks for sharing those great memories. Let’s talk a bit about MONTAGE. How are you using it and what are some of your favorite go-to Performances?

DW: I got the MONTAGE to use on Barbra Streisand’s tour this past summer, and my assignment in the band was primarily covering the brass parts, with some harp, strings, electric piano, and celeste thrown my way as well. The new orchestral brass samples are simply the best I’ve encountered in a hardware synth. The Performances “Orchestral Brass”, “FrenchHornSection3”, “Horn to Horns”, “Modern Jazz Horns” are among my favorites. I’ve also created variations on each that have different instrumental mixes and adjustments in velocity response. The brass Performances have worked out really well for this gig.

For strings, the Performance “Seattle Sections” is very nice. I have different variations on that core Performance with different mixes and velocity settings. I also like the “Gallery” Performances (“Rd 1 Gallery”, “Rd 2 Gallery”). In those Performances there are several vintage electric piano variations stored in the Scenes. I’ve had a few recent recording sessions where the electric piano sound I selected was almost the sound the client wanted and the solution was a button push away. That type of workflow is really nice in the studio.

Of course, the acoustic piano sounds are really good, too. I’ve used the Performances from the Bösendorfer Library on a couple of recent sessions. MONTAGE just sounds amazing and I really like the workflow.

YS: What are some of the features you find yourself using the most on MONTAGE? 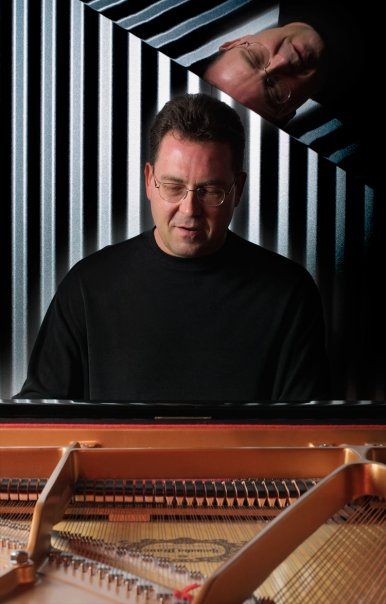 DW: I really like the touch screen user interface on MONTAGE. It’s just so nice to be able to quickly dig into a Performance or organize a Live Set in such a tactile way. It really speeds up the editing process for me.

Live Sets were just a perfect way for me to organize all of the sounds and keep up with the constant revisions that occurred while putting the Barbra Streisand tour together. The ability to seamlessly switch between Performances on the fly without the sound dropping out is essential to what I do in that show, so I’m very happy that the MONTAGE does that well.

As I said before, I’m really impressed by the overall sound of the instrument, which is very smooth and warm. I’ve used the Super Knob a bit, mostly for morphing a solo sound into an ensemble, or adding complexity to an Electric Piano and essentially things that are already programmed into the Performances. I can envision some ways I’d like to use the both Super Knob and Scenes to emulate complex wavetable synthesis. Like everything on the MONTAGE, you can jump right in and quickly adjust the basic parameters, or go as deep as you want.

I have found that if you're at all familiar with any of the MOTIF or DX instruments, that knowledge really helps makes it easy to get under the hood of MONTAGE, especially via the touch screen. In terms of the sound architecture of MONTAGE, I dig the through-line that extends all the way back to FM synthesis, and forward into this incredible world of complex modulation via the SuperKnob. That is a great thing about MONTAGE.

Lastly, I just installed the latest MONTAGE firmware update and I love the new rotary speaker effect! The new view options are also really useful, and the ability to tag favorites is a great improvement to the workflow.

YS: What are some current projects where you are using MONTAGE?

DW: As I’ve mentioned, the Barbra Streisand tour has been a big one. I also used MONTAGE on some recording sessions and live performances with singer/songwriter, Richard Stekol. I used it on a couple of awards shows here in L.A. as well. I’m gonna jump into Motion Sequences and create some electronica-type things to improvise over for an upcoming exhibition opening at the Museum of Neon Art in Glendale, CA. On that same gig I’m going to play some duets with saw virtuoso Lou Mannick. I also do an occasional improvised glitch-hop thing with guitarist G.E. Stinson and performance painter Norton Wisdom called Spectral Circuit and I really want to fit the MONTAGE into that project as well.

Want to discuss the interview? Join us on the Forum here.

And stay tuned for more great conversations with other musicians and performers.