MOTIF to Montage: Architecture and Interface Differences
To check out the previous article in this series go here.

The MOTIF was defined as a Music Production Synthesizer; MONTAGE is a Music Synthesizer. I touched on this briefly in the last article and would like to expand on the concept. The difference is the word “Production.” MOTIF epitomized “Production” with the inclusion of a fully-realized sequencer, integrated sampling and multi-mode operation. It was definitely a compelling and powerful instrument, but, as I said before, times have changed, and the way people work has changed. MOTIF has a number of different modes:
That’s a lot of different modes, and all served their purpose to create an effective all-in-one Music Production Synthesizer. Times definitely have changed over the life cycle of the MOTIF series. Computers became exponentially more powerful and cheaper, software has become more and more powerful and capable and mobile devices like smartphones and tablets are powerful music-making devices. All of these developments had profound effects on design and usability in virtually all industries, including Yamaha.
MONTAGE is the keyboard instrument of today with a design and user interface in line with our modern world and workflow. With the modern advances in usability, people expect products with streamlined workflows that allow tasks to be done within a single user interface. With these ideas in mind, the entire top-level design of MONTAGE – where you play the instrument, interact with Motion Control, connect to a DAW or iOS device, etc. – all happens from a single Performance Mode.

For people familiar with MOTIF:
The end result of these changes is a completely streamlined MONTAGE user interface. Finding sounds, playing sounds and interacting with the instrument is much faster and smoother. On the main points – waveform size, synthesis type, polyphony, standard features – MONTAGE is truly a major step forward. But the entire design of MONTAGE has been dramatically changed and improved with completely new features that cannot be effectively compared with MOTIF. Below is a chart that highlights some of the important specification improvements in MONTAGE compared to the MOTIF XF: 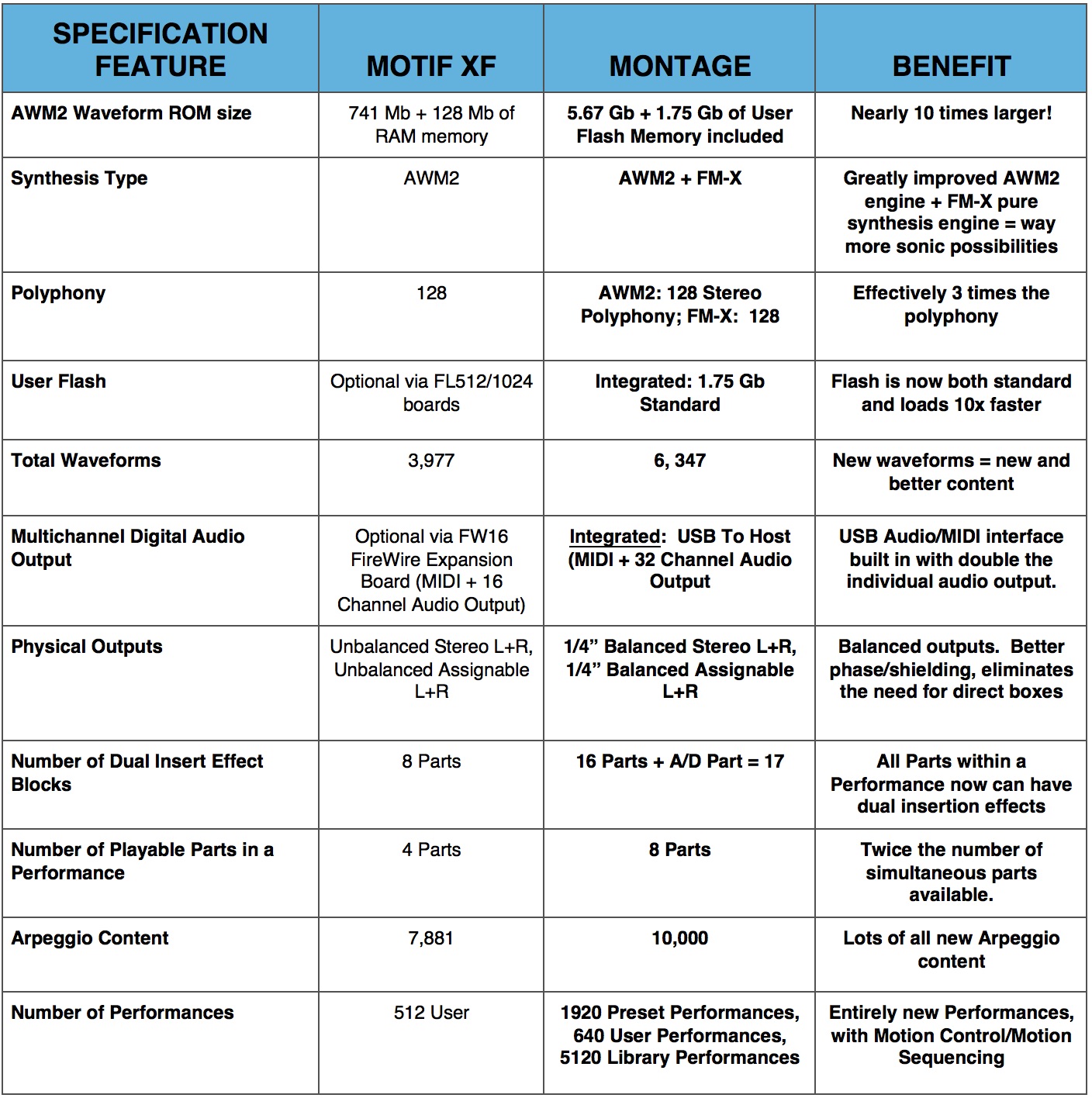 To discuss this article in the forum go here.