Continuing the conversation started in Part I...

Blake Angelos (BA): There is a lot of electric piano on all of these records. Can you talk about your keyboards over the years?

Phil Clendeninn (PC): Well, the Rhodes was the core instrument back then. I bought my first Rhodes in February 1970. I remember it well. I was a sophomore in college and I ordered it and back then you had to wait for it. You couldn’t just walk into a store and buy it. It was supposed to be a Christmas thing, but I finally got it in February. It was awesome with felt hammers and I wound up ordering a full set of tines, felts and pads for it. It was an instrument you had to take care of and fix up from time to time. I really tricked mine out. I actually wanted to add a wah-wah pedal to mine, but there wasn’t a physical jack to plug it in, so I sent a letter and got a letter back from Harold Rhodes himself with a hand drawn diagram showing how to modify it. So, after I modified I got a Mutron III envelope filter, a Morley wah-wah pedal, a echoplex, a chorus pedal - and so on - and finally I bought an Arp Odyssey.

I was a big fan of George Duke and the singing leads of the Odyssey really got me. Back then, you really had a choice of the Mini Moog or the Odyssey, and I couldn’t afford both, so I went with the Odyssey. I took a course on synthesis at the New School and they had an Arp 2500 synth there. Total modular, and they had a keyboard but it was never hooked up. The basis of the course was about pure synthesis and about creating sounds and analyzing them, not really playing notes, but the basics were there and I found the Odyssey really easy because it was like at the 2500 in principal but I could take it to go and make music with it. 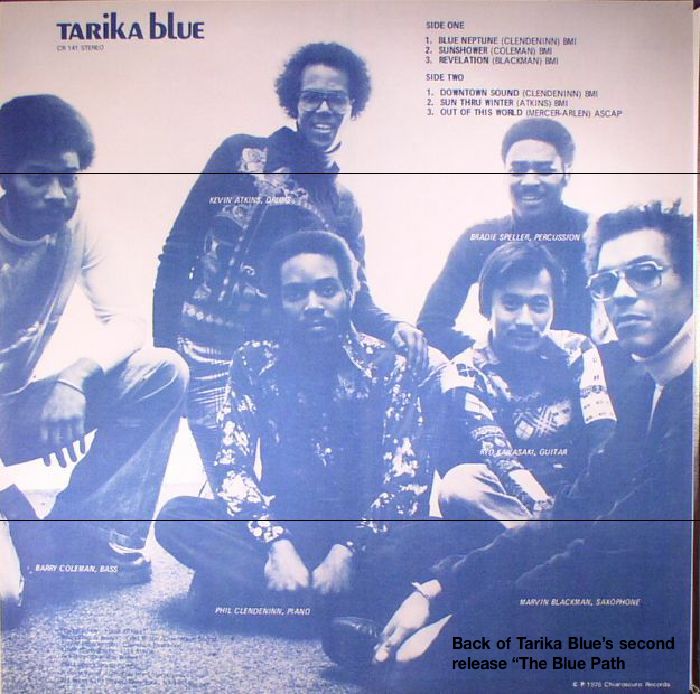 Back then there were fundamentally only two roles for a synthesizer. If it was above middle C, it was a lead sound, and below middle C it was a bass sound. That’s it! You weren’t trying to emulate anything like a saxophone or a trumpet. It was a synth, and it was its own type of instrument, not emulative. That’s why it sat on top of your Rhodes: In a band you couldn't do the whole gig on just a synth. You had to have a chording instrument and you’d hit the synth from time to time for leads and to add a different flavor. Today you can find instruments that can do both the emulative and the synth stuff. Back then they had different roles.

BA: So, you definitely learned not just the music but the technology behind the music. And really you embraced roles both as synthesist/musician and a recording engineer.

PC: Interesting story on that. Well Ernie Hayes—the same guy who had the organ trio from the church—he had a recording studio in his basement. I’m like 14 years old with my band and he’s like “come on down! I’ll cut you a record.” He had a lathe cutter…the whole deal: microphones, tape machines. What he did for living, he was a studio musician so he did everything from the Ed Sullivan show, TV commercials…he was a studio musician, those unsung heroes. Going by his house was the coolest thing in the world. So, he recorded us and that experience lit that fire: I’m 14-15 years old and we got a record of ourselves!

When I got a little older I was able to purchase studio time. We’d go to the studio and we’d hear this stuff back and I didn’t even know how to complain about what I thought was wrong. I didn’t know how to say anything about EQ or pan positioning or microphone placement…I didn’t know anything. I realized I wanted to complain because it didn’t sound like I had envisioned it, and I knew I needed to learn this because it was part of what I wanna do.

So, my mom heard about this place in the city, The New School. That’s where I found the course on synthesis and the studio, so I went down there and learned about the studio. It was eye opening. The program was limited to 16 people, and the instructor, Hank O’Neal, told us we could always come down and sit in on a session. I was there all the time. I did everything to be useful: I’d wrap cables, go for coffee, anything, and I’d write down my questions all the time. “What was that EQ about”, things like that. So, I basically learned everything about the studio and I wound up teaching that course a couple years later! I really dove in, you know?

I started to realize where musicians and engineers have conflicts. So, for example, when an engineer asks “is that the loudest you are going to play?” a musician always lies! They always hold back a little bit because they think that’s a good thing; they can always get a little louder when they need to. The engineer of course is asking that because they want to get as close to the maximum without going over. But the engineer has to learn that all musicians lie. So, there is this game going back and forth between the musician and engineer, and it can get ugly. So, being on both sides of the glass is a very good perspective for every musician. Learn how to record your stuff and what it takes. A lot of times musicians think they know and they don’t, and a lot of times engineers think they know something musical and they don’t.

Here’s another example: The difference between “volume” and “velocity”. In today’s technology, velocity is a term we use to describe how loud something is going to be with key input. As I play with more velocity the sound gets louder, brighter and sometimes a different behavior happens, like a slide on a guitar that happens at a higher velocity. That’s a musical thing, that’s a musical decision made by the player. You don’t allow an engineer to change the velocity of a MIDI track because that affects the musical performance. When an engineer wants to make something louder or softer in a mix that’s a different thing. That’s a balancing, that’s a technology thing. So, there is a musical way to make something sound better and a technological way to make something sound better. So, knowing about both sides only helps. Knowing when the technology impinges on the music value and knowing when the technology can help the music: That’s the key.

Sometimes when I hear someone is having problems with gear, sometimes I feel like they are overemphasizing the role of the gear. The gear is just your tool. It’s the hammer or the paint brush. With musical gear, sometimes it’s a complex tool. I want to help people understand what the tool does so they can best use that tool to create whatever they want to create.

BA: Trying to help people get the most out of their gear and understand how it operates is clearly what you are trying to do in the YamahaSynth.com forums. Some of your forum posts are so good and provide so much detail about complex tools like MONTAGE.

PC: That’s a big part of my posts. People sometimes think they know what the gear is about. Sometimes they are right, sometimes they are close and sometimes they are wrong. I get that technology can be frustrating and it’s easy to come to conclusions about why something works the way it does. I also realize that during my interactions with people I may come off as terse. I use some colloquial New York terms that some people see as rude—that is not my intention. I have a lot of passion for these products and in someone’s frustration they may overly criticize some feature or workflow that they clearly just don’t understand. I am quick to point out when they don’t understand something, maybe too directly or, for lack of a better term, with a distinct NYC inflection (laughs). It is not my intention to ever be rude, but it is my intention to be direct and apologies to people who are offended. Trust me: There is a smile behind that directness that doesn’t just translate very well in the forum!

BA: Well all the articles and the forum posts…You have so much great content on YamahaSynth.com.

PC: Well, now people have a bit of background on what I’m about. In the end it’s all about music and understanding how the tools work to create music. What I try to do is get people closer to the gear to help them make the music they want to make. That’s it! 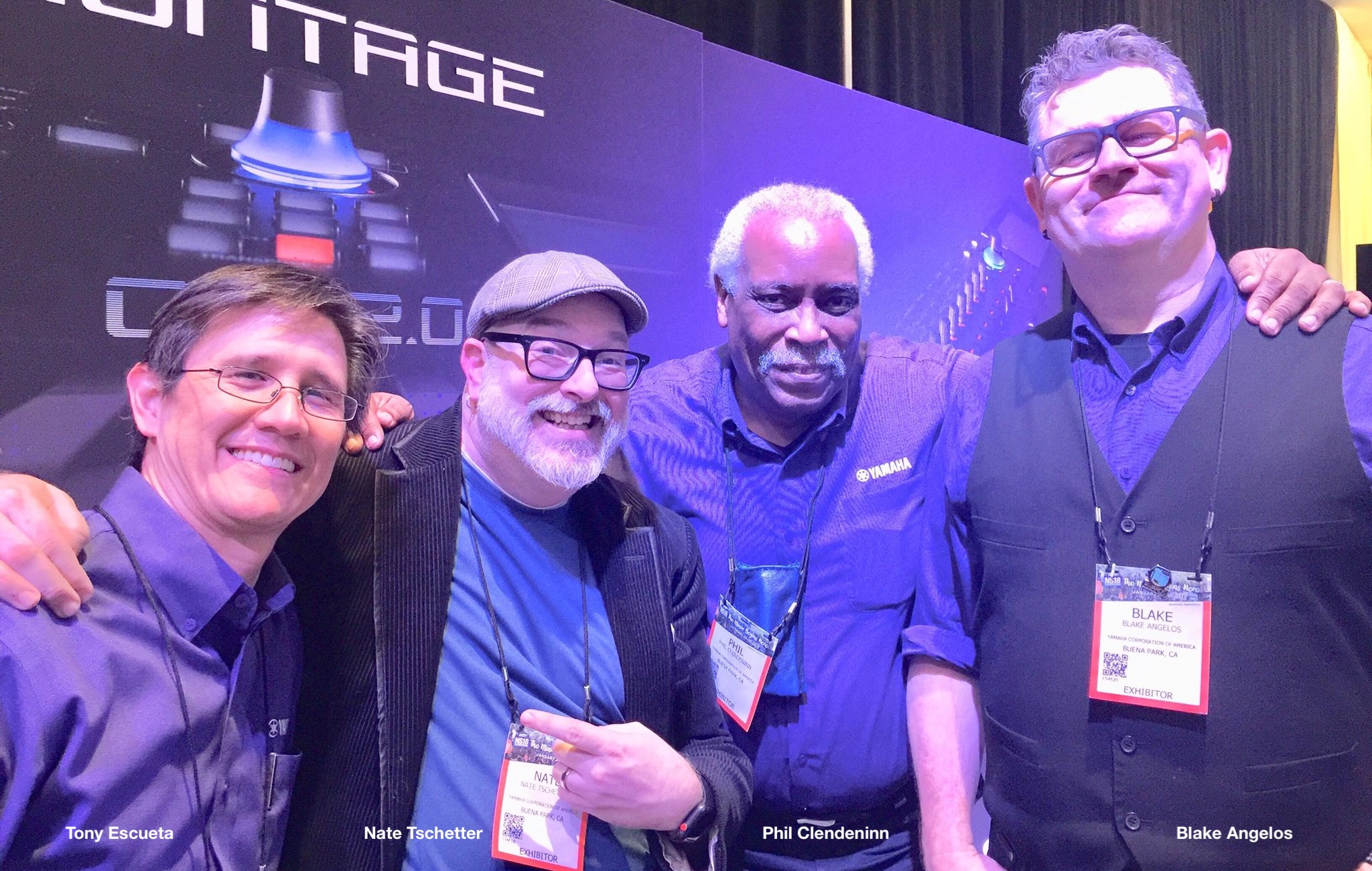 Behind the Synth: YC-45D Retrospective