This is the place to talk about all things related to Yamaha Synthesizers!
Subscribe via RSS
Recent
Categories
Tags
View Replies (12)

How long is it going to take for Yamaha to set up a page or section here so we can freely trade performances??? Let's get a move on Yamaha!
Responses (12)

1) Use the forum - ZIP an X7B of any currently editing/loaded performance by using Montage Connect
2) Use dropbox - ZIP or just upload raw X7B/X7U/X7L to dropbox account (or any other file sharing system) - preferably an X7B
3) Distribute on 3rd party site such as Moessiers ( http://www.moessieurs.com/ )

X7B suggested as it is assumed most user content probably will not include user samples and instead will leverage built-in samples or use FM-X. 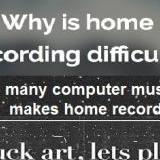 Accepted Answer Pending Moderation
Hi Dave , There is also a Facebook private group page where you can share yours and download from others self made Yamaha Motif and Montage series sound sets libraries creations !! sign up link >> https://www.facebook.com/groups/motifmoxsoundheaven/

Accepted Answer Pending Moderation
Thanks guys, you'd think Yamaha would have had this as part of this site but I guess that suggestion makes too much sense : (

Before I go signing up for facebook, can someone tell me how many performances are actually shared in that group?

No free Sharing on that FaceBook Group, You have to Pay for the Performance, and they don't have Paypal..

Accepted Answer Pending Moderation
Hi, i'm the Moessieurs webmaster, it's not a facebook group, it's a website and all is free on Moessieurs, it's also the same thing on Moessieurs facebook page, all is free.
Please do not provide false information.

Links to commercial websites like Easy sounds or Yamaha Music soft or Gerrit sound banks are only links and informations.

You can share your performances with Moessieurs in Montage connect file format, user or library by sending me an email or by posting on Moessieurs facebook page.
Please for user or library be sure there is no commercial sound from sound bank include.

I didn't mention the "under construction" option because it's not available. You see with Reface that performance sharing is of value to users and Yamaha alike. I believe there are technical hurdles in getting this to work with a slightly more open and much more complex (in terms of parameters) device like Montage vs. any of the keyboards in the Reface family.

Accepted Answer Pending Moderation
Replt on Tho { No free Sharing on that FaceBook Group, You have to Pay for the Performance } - WRONG-
the starting concept idea is to SHARE self made sounds & performances for [ FREE ] and share the music productions but almost nobody likes to share any self made motif / montage sounds sets creations .!! also non made music creations. But there are many new designed / created sound sets libraries and almost weekly new sound sets creations that are presented also with the sounds & recordings compilation demo's for open minded and motivated synths players that also can download share for share FREE. !! It is not a open public download group so it is a closed -private- Facebook for Yamaha Motif Mox Montage series symth music productions and sound sets libraries creations ... !!! >> You can check some of the newest sound sets libraries sounds & recordings compilation demo's on this soundcloud index >> https://soundcloud.com/motifmoxsoundheaven <<

Accepted Answer Pending Moderation
I myself can't have any free download from your FB Group name as above you provided.I don't know about the others have any lucks or not... But like I said there is no free for me. If you are nice enough to offer free and go ahead post link here!
Thanks Ron !

Accepted Answer Pending Moderation
For my two cents worth....

Firstly I don't have a Montage as I'm quite happy with my Motif XF6, therefore I don't have a great understanding of the file structures/sizes for voices, waveforms, performances etc. The following could apply to either this or the Motif XF forum, however I'm responding here.
I'm sure that Yamaha would have serious concerns, especially on this official website, regarding the free or otherwise trading of files which could have suspect sources from either commercial products or non-original voices from others without their permission.
Jason mentioned ...X7B suggested as it is assumed most user content probably will not include user samples and instead will leverage built-in samples or use FM-X.
Joel also makes the point not to have any commercial sounds/waveforms etc using his Moessieurs website.

Furthermore I notice that Ron is extolling his Facebook website in many of the Montage forum subjects.
As he states it is a closed private group subject to his terms and conditions in relation to "file sharing".
For those who also frequent that other great forum, motifator.com, his most current username back in '15 was newsynth, and you probably know the issues that arose there. Previous names were ronmaastricht, huppel, Studio-Ron and Ronmotif
It is a bit suspect when you wish to upload a 16MB .X3A file of U2 that doesn't contain samples.
Suffice to say he's not a mate of Dave Polich.
As this is not a Korg keyboard website, I won't mention the Korg Forums website with 7 pages on our fellow forum member Ron.

However it started in June 13 in reference to another Facebook site - Motifshareclub and the last entry was back in June 16.

So, I hope everyone is enjoying making all those new performances on the Montage.
I'm still deciding wether to get the new set of Karma performances for the XF

I don't think that Tho will be sharing any with a certain Facebook group though!!

Late Edit - Talking of freebies? Any idea when Yamaha or others ie EasySoundz will release a Montage "Inspiration In A Flash" type sound set with selections from other sound libraries etc

Accepted Answer Pending Moderation
There will always be people who do judge on some dumm and stupid rumors . just that there also people [synth players] that really.do make music on there synths music workstations who are do use their synths for wat it design for making [ MUSIC ] and not have amazing BIG ego's, because they sign in on Forums and on specially for a certain target / subject Facebook groups and introduce themselves as professional synthesizers keys players - Sound designers - music producers - live gig players -musicians - facebook profiles . with lots of synths - gear -music production equipment.- and LOTS of pictures, But have all kind excuses why do not have / can or like to do what facebook and special facebook groups is all abouth SHARE knowledge SHARE the music - SHARE the self made sounds sets creations and not like to pupblish and SHARE any thing at all.!! But do like - want - need new hardwork sound sets creations from others to can use for their only -private- and their own advantage purposes like music productions ore and live gig performances, which are often further to get paid for..!!. So for just a moment to give an idea , That every year more then 1500 Synth players signed in visit and ask to join a Yamaha Motif - Mox - Montage- synthesizer music production and sound sets creations Facebook group who only to be interested in one target [ DOWNLOAD ] but nowhere else show interest in all other activities topics and discussions , and because these so-called supposedly Yamaha synths players do not get their way to can DOWNLOAD even for FREE all the out of the collections sound sets libraries, while they themselves called not even make any music ?? or want to share something with all sorts of excuses and thus to be removed out of such [ SHARE ] facebook groups, because they do not understand what supposedly [ SHARE ] means. ?? and then, of course, deeply offended. And then others Wwhojust say it like it is, trying to make look bad, and therefore apparently quite jealous that a handfull amateur synth players do can creaate sound sets and most of all can do make MUSIC on a Multi all in music production synthesizer ebven withot any complexed Pc Daw music production system , just for the fun and the passion for Yamaha synthesizers and again , making [MUSIC] on the boards and proud to publish on wat they have made with the sounds and multi track music productions and SHARE on facebook groups which this specially created for Yamaha Motif - Mox Montage players,, BTW there is no illegal activities also !!
because otherwise these facebook groups accounts are removed a long time ago from the facebook social medium platforums !! . In fact it's just the whole scheme on Facebook to SHARE SHARE SHARE SHARE on any interest whatsoever as also in this topic .. synths music productions and sound sets libraries design for the world famous and best synthesizers yamaha Motif - Mox - Montage series .. !!!! So don't Judge on things that where one can not have a say or can judge on .!!. So Kick It with a Yamaha Montage Smooth Multi Track Recording R&B - Hip Hop Style Mix Music Production >> >>

Accepted Answer Pending Moderation
James, I agree with your editorial. It's imperative that users regulate their behavior to make sure they do not cross ethical boundaries. I'll just leave it at that.

Regarding freebees - the only item I know has been "announced" is the Chick Corea set for Montage. See: https://www.yamahasynth.com/forum/namm-2017-montage-future-free-stuff

When you look at the general trend of Montage from first release until now - there are lots of "freebees" released in the form of firmware updates that add performances although this is mostly programming related and not necessarily new samples as the memory consumed by the presets has a limit in order not to disrupt the available free space for user content.