I am intrigued by the mLan 16E interface on which I have many questions.
I read in outline that allows the transfer of digital audio from the synth to the PC. I did not quite understand what the other features might be, for example: could I use a VST on the PC and hear the sound through the audio circuits of my S90ES? What allows you to do apart from recording the synth sounds in high resolution digital?
Are drivers available and / or still work with Windows 10? and if I connect it to an audio equipment with a firewire socket, do I need the drivers the same?
Does it still make sense to use it today?
Responses (3)

Accepted Answer Pending Moderation
We'll answer the last question first, and perhaps save you lots of time and effort.

No, it does not make sense to invest in mLAN16E setup, now. That was a couple of generations of the technology ago... 14-15 years ago that would have been cutting edge. Since that time both computer platforms have significantly changed how they deal with audio which would make setting this up both difficult and not worth the effort... mLAN16E was 16 bus audio outputs plus 6 audio returns via FireWire.

The mLAN16E turned your keyboard into a MIDI and Audio Interface for your computer. The hardware is a high quality, low latency interface that is many grades above what comes standard in even the most expensive computers. It could take over *all* audio duties, including playback of all sounds, games, videos, ... *all* audio duties. It also made your keyboard a "node" in a Music Local Area Network, which could include other mLAN equipped synthesizers, mixers, and processors. All routing was accomplished by a simple daisy-chain connecting one device to the next by a FireWire cable.

All signal routing took place on a digital (virtual) patchbay... you could route any synth Part through your digital mixer, or processor before recording it to your DAW. A Network could consist of Studio of gear, and was configurable with a computer but could persist and run in absence of the computer.
In other words, if you configured a synth lead to travel via FW to your digital mixer where you processed it with a certain effect, when you went on tour your configuration would persist... even in the absence of the computer. You simply needed to establish a FireWire connection between the synth and mixer.

This meant you could take your synth and mixer on tour (for playing) and leave the computer at home where you used it for recording. No matter how complex the setup or configuration it could be saved and recreated by simply connecting the devices... it was based on the kinds of computers you needed to do serious recording back in 2003/2004.

By 2007, the mLAN16e2 was introduced, which moved away from the networking of instruments, and introduced a peer-to-peer (1:1) relationship between the device and the computer. (Not many folks had serious project studios with digital mixers, digital synthesizers and digital Effect processors to make use of the capabilities of networking). That hardware was replaced with the FW16E when the Network protocol transitioned into the peer-to-peer requirements of today's computers. And finally with the introduction of the MOX audio via USB was added.

The trend was toward small computers, and more features being built-in to synths. More musicians are likely to want a solution that includes just their keyboard and a laptop. The age of the big project Studio never caught on where true networking was a necessity.

To go through the setup, bridging the decade and a half of things going non-compliant, to connect just one device in an mLAN (music Local Area Network) wouldn't, as you say, make any sense.

That said, the concept of providing the keyboard player/composer multiple audio outputs and MIDI connectivity through a single cable was such a good idea, Yamaha has continued to develop and change the protocol to stay viable in today's computer world. Today the MONTAGE is a MIDI and Audio Interface for your computer and is capable of 32 audio bus outputs plus 6 returns... all via still widely used, USB. And it has the advantage of working with today's computers, laptops, tablets, and iOS devices... 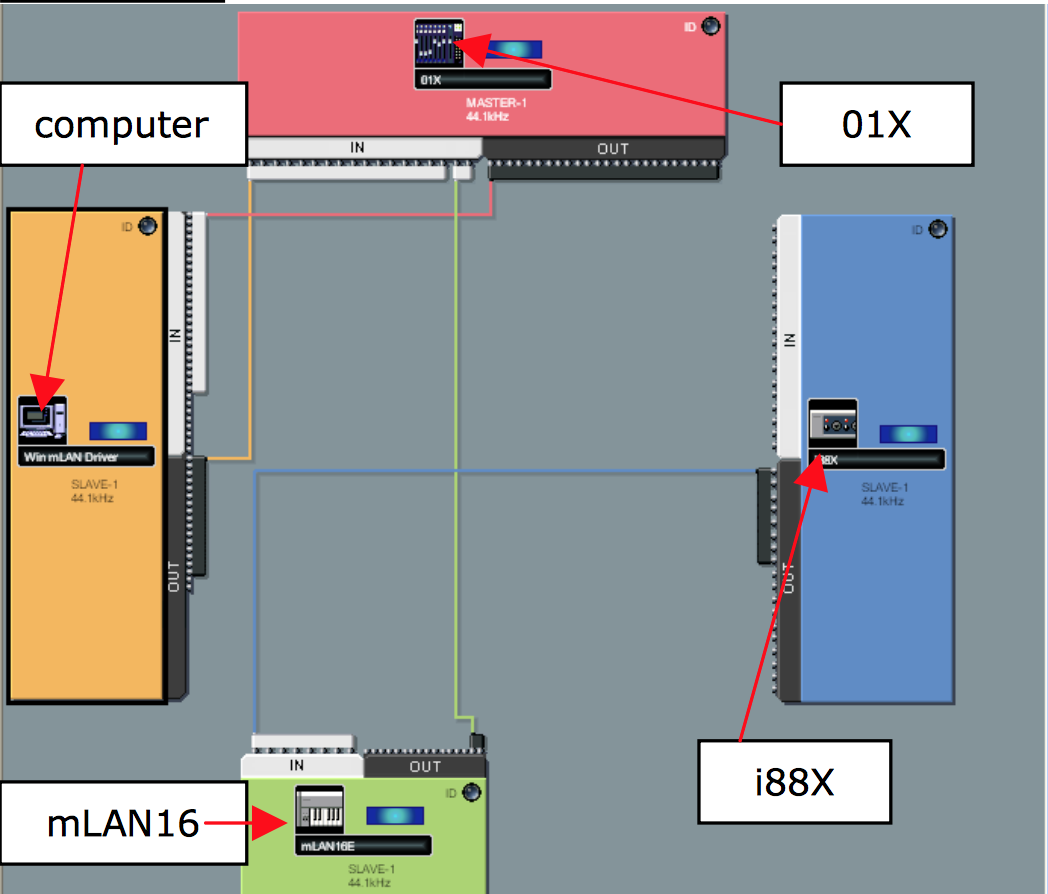 Emanuele
Accepted Answer Pending Moderation
Thank you for your explanation! you have been very clear. So the mLan was a greate piece of hardware, but now is obsolete...

Accepted Answer Pending Moderation
It has evolved to work within today’s computer environment... with today’s hardware (and software).

There are no replies made for this post yet.
Be one of the first to reply to this post!