I am getting very well along with my Montage 8. It is a great experience and the Montage is a superb instrument.

I wonder how to best load Motif XF voices into Montage (to become performances) without using more of the internal memory than necessary. I have some .X3A files which contain many voices, however I only want to keep a few of these voices with their associated waveform data in the Montage. From the manual I can see that I can load the .X3A file in as a User file or a Library file. However, if the file is 500MB but I only need 50MB for the voices I want, I do not want to fill up the internal memory with the 450MB that is not needed.

Thank you very much in advance for any help.
Responses (5)

Accepted Answer Pending Moderation
Excellent Information Phil, thanks for spending the time explaining that. I can see now from your explanation about the XF file loading into bank 3 how to find it quicker and know which sounds are part of the bank. I'll try this over the weekend, Im guessing using the Library Import tool thats how you also merge banks once you have other sounds already in your user area, eg fill up close to the 640 available slots with aftermarket sounds then save as a new Library file.

Accepted Answer Pending Moderation
The process is not so time consuming as reprogramming the data.

Importing data into the Montage from either XS or XF or MOXF format does require some time. In response to your question I found my version of the DCP Library AIR and timed myself transferring data from that File to a Montage Library and even with my explorations to find the most efficient means to do it - the process took about 10 to 12 minutes total.

You will be able (with this post) be able to accomplish it in less time. I was only able to find the original Motif XS (.X0A) file of this data. The DCP documentation tell me that it is 128 XS Voices. In a situation where you have a choice of selecting 128 or deleting 384 - opt to select the 128 its quicker.

This is because the XF would create a "placeholder" program for each VOICE slot in each of its banks. Montage only creates a Performance when necessary.
So ultimately you will be creating a USER Bank of 128 Air Performances. "CS80 PAD", "Aqualungs", "Glass Harp", "Abyss", "Brasscape" etc., etc., etc.

OVERVIEW:
I installed the Air.X0A File into my Montage temporarily as a "Library".
I then used the UTILITY > "Contents" > "Library Import" feature to move the 128 AIR programs to my USER Bank.
By selecting the 128 Programs I know are in the AIR Library I have created a USER Bank containing just the DCP AIR data.
I can then add to it, or simply create a new Library from this USER data.

Once loaded I can now play through the library and identify the AIR sounds. When loading to the Motif XS DCP instructions point out that the AIR Library will load to the XS to USER 3... so that means the first 256 Voices are "placeholders" and the 257th is the first program that is actual AIR Library data.

You probably recognize the Motif sounds in USER 1 starting with "Everlasting Glory" - the very first AIR library sound is called "CS80 PAD"
You can use the [CATEGORY SEARCH] > touch BANK > set it to the AIR Library... The data will be listed DEFAULT as it is in the Motif... starting with USER 1... the screen shows you 16 Programs at a time. You can press the [PAGE DOWN] button lower right front panel to advance through the listing...

Go to the Data Utility
Press [UTILITY]
Touch "Contents" > "Data Utility" > "Performance" Folder
Here you can view the listing of the current USER PERFORMANCE Bank.
I have opted to view them via DATE (up). Listing the data in the order it was created.
On page 22

This selects (as shown in the upper right corner 128 and will fill that many slots out of the 640 USER PERFORMANCE locations available.
Click the box to "IMPORT TO USER BANK"

You now have a USER Bank containing the 128 Air Performances. If you User Bank contained other Performances these would have been added to them. So say you already add 512 Performances in your USER Bank when you started this - the Montage would add these 128 to that total and you will have filled all 640 slots.

Now make a LIBRARY File (.X7L) with this data or add additional sounds to it before creating the Library File. It is up to you.

That is how it works. If you do not keep your documentation for your library, you are at a distinct disadvantage as to what data you are going to load. If you do not know to use the VIEW option to list by DATE - you might have to hunt the Programs you want to import, play hide and seek with which sounds you want to import. But if you have your documentation, or you know the data you are working with, the whole process can be done in well under 10 minutes.

Of course, when Waveforms and Samples are involved there is a longer wait time as that data is moved and catalogued by Montage.

New User here and have been readin up on this subject trying to get my head around it.

For example I have the Air XF library which also by the looks contains a whole lot of motif xf stock sounds in it. When I load it it says 524 or somewhere round that amount out of the possible 640 user performances used. As I understand it the only way to free up space is to go through the manual and patch by patch unselect the sounds that are in the Air XF Sound list then delete the rest of the sounds? That will make it extremely time consuming.

Whats the best way to achieve this? 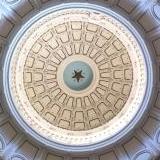 Accepted Answer Pending Moderation
Phil, thank you very much for excellent and comprehensive answers. I believe I now understand what to do and how the different elements fit together. I will work with this the next days. Thanks again.

As you know, there is no Voice mode in Montage. It has Compatibility with Motif XF Voices (which it loads as Single Part Performances), User Arpeggios, and Waveforms. It's writes the data in your .X3A or .X3V to 512 normal + 32 drum locations of the 640 Performance locations in the internal User area.

At all times, once a library is installed everything you need to make that Library play are available in the Montage.

But, no, to answer the question, it is not possible to selectively load data, it's a kind of "all data" import to internal User > then while in User memory, eliminate unnecessary data, then create the Library file and then finally, install that Library file.

Once a library is installed the User area is free to handle new data.
Remember in Montage a Library is not only the Waveforms and Samples but as many as 640 Performances that work with that data... Or that you care to keep with that data.

The Montage can import data from a Motif .X3A file, which it writes into the internal "User" area of Montage. You can then delete the items you don't wish to install to the Library file. You can also create new custom programs and add to the imported data. This customized "User" can then be written into the Read Only Memory area... you do so by using the SAVE option to write this User data as a Montage LIBRARY .X7L file. It is the .X7L file that then can be loaded/installed into a Montage (ROM) Library.

Only a Montage .X7L can write data to the Library area of Montage.

While your .X3A data is in "User" area, you can remove unwanted programs, create Live Sets - eight banks with 16 Pages each - 128 Live Set Pages made with this data. Once you have the data in USER exactly as you like it, then and only then do you Save as a "LIBRARY". Once you save the .X7L file immediately LOAD it to write it into semi-permanent Read Only Memory (Flash).

Each Library can include as many as 640 Performances and the Waveform and Arpeggios that make them work. Never again will Waveform and Samples be in memory without the programs that use them!

It does not. The .n1, .n2, .n3 designation was unique to the Motif XF's 2 slot system. Montage has been taught how to interpret this and it knows how to deal with the data.

If a Library contains Waveform and Samples that you do not use, they should be removed prior to creating your XF file. I believe it is assumed that any data you backed in your XF was "meaningful" data. This way when the Montage imports your data it is exactly what you want to have in this Library.

Unlike the Motif XF or MOXF, when you load a Library file .X7L it places all the Waveforms and Samples plus all the programs that go with them (all 512 normal and 32 drum kits from the original .X3A file and potentially an additional 96 new Performances you create can using the Montage engine) and are in ROM (Read Onlt Memory). Basically, Libraries are your own personal customized "Presets", in that they will always be accessible.

The concept is put the programs you always want to have available in your Librariies... It really is like your own "Presets".
If ever you require to make a change to your Library, you can move it into USER, where you can make the changes, and then overwrite the data to update it.

If you wish to make a change to an installed Library you can move it back into User memory, make those changes and reinstall it, overwriting the previous install. We will have detailed guides coming in the Resources area.

We realize you are looking for a "load single" operation or a "load one bank", that's not available - it imports all voice, arp and waveform data in the XF file. It's best if it is organized prior to loading but you can manage what is in memory by moving data into "USER" where you work on it, create (save) a Library file, then install (load) that Library file.