Import a Performances From a Library into USER

The Library Shuffle
You can load the Motif XF data (.X3A, .X3V, .X3E) directly to a Montage Library slot by selecting "Contents Type" = Library File. Everything that is necessary to make it play will be installed. You can then audition the sounds, decide which ones you think are "keepers". The ones you want to keep you can IMPORT to USER. Why would you want to import them into USER? Because you assemble the data that you want to keep and then create your own custom library. You may only like half of the sounds in the Library you've purchased or downloaded, you can pick which ones you like, move them into your USER area, assemble them create and customize them, then ultimately WRITE (save) your own LIBRARY FILE.

I read the statement above and my question is how do I "Import a Performances From a Library into USER?" is that Press Store button and confirm to save it into the Montage or do I need any extra steps ???

Accepted Answer Pending Moderation
Here you can find how to do it in more detail (it's from Moessieurs' website).

Here you can find how to do it in more detail (it's from Moessieurs' website).

Thank you, It's quite a long way to get around with this assembly method, I wish Yamaha improve this OS to have an easy way to do so...

Accepted Answer Pending Moderation
This IS the easy way!

The only thing missing from the description is “the Why?” concerning the “Import Library” Function. Simply storing a Library Performance to User does NOT repoint the AWM2 Elements to USER Bank Waveforms.

Where to look:
From the HOME screen
Press [EDIT]
Press [PART SELECT x] where “x” is any AWM2 Part
Once you are inside Part Edit, the active Elements will appear in blue along the bottom of the screen
Touch an Element to recall its parameters
Touch “Osc/Tune”

Here you can see exactly “where” (which Bank your Waveform is addressing)...
Preset, Library Name, to User.

Try it and see. Simply “knowing” what is going on is the first step in understanding what is happening.

The only time you want to use IMPORT LIBRARY is when
1) you are creating a new Library... and want to assemble data from previously installed Library data
2) you want to create a “to go” file... your going on the road and want to take certain data with you to load into a rental/backline MONTAGE.

A USER Bank can become a Library (by SAVING the data as “Library File”).

Think of USER as RAM easily rewriteable.
Think of LIBRARY as a USER Bank that has been *installed* to ROM (Read Only Memory). A Library Waveform is like a Factory Preset Waveform ... except YOU selected the data. It is a “frozen” semi-permanent copy of what was in your User, with one difference: when you SAVE what’s in your USER Bank, that is, PERFORMANCES and their User Bank WAVEFORMs, saving as Type = “LIBRARY File” will repoint each and every User Waveform to a Library location. However, if you SAVE what is in your USER Performance and User Waveform area as Type = “USER File” each AWM2 Element will continue to reference the User Waveform Bank.

Learn to know how to use that USER Bank.

You can always check *where* an Element is “looking” for its Waveform data - on the “Osc/Tune” screen... once you know this, suddenly you stop having issues. Trust your uncle Bad Mister on this.

SAVE everything you do... works in progress should be assemble completely assemble in the USER Performance area with Waveforms that reference either Factory Waveforms or User Waveforms.

If your USER Performance still references a previously installed Library, that will be fine as long as you are not going to try to SAVE AS a new Library. 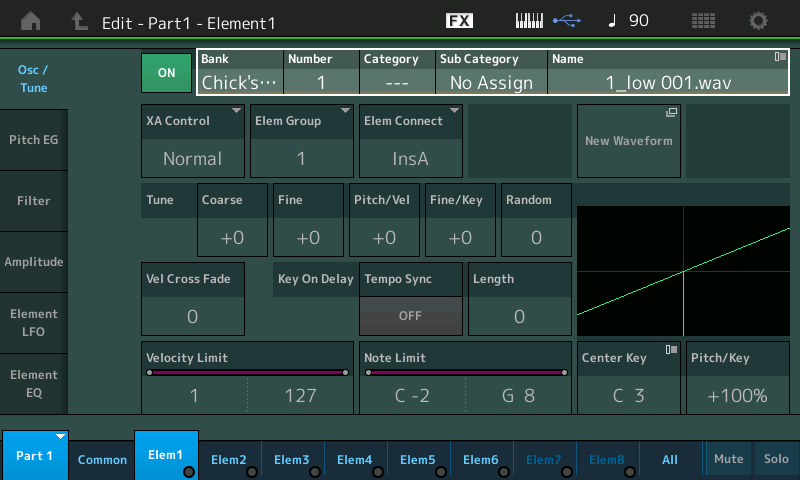 Importing the “Chick Corea Mark V” using Import Library will *copy* all the Waveforms that make that play into your USER WAVEFORM Bank (check on the “Osc/Tune” screen. 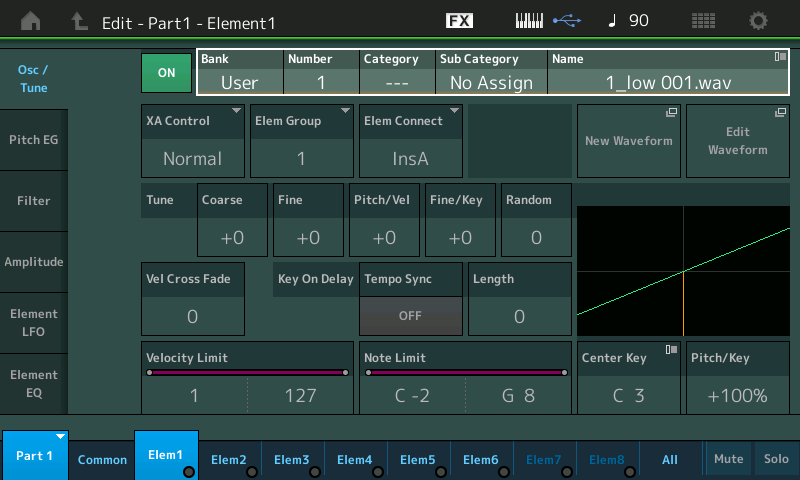 If you simply edit the “Chick Corea Mark V” (without importing) the Osc/Tune screen will still “point to” the “Chick’s Mark V” Library Waveform.
And this will continue to work as long as you always keep the Chick Corea Library exactly where it is.