This is the place to talk about all things related to Yamaha Synthesizers!
Subscribe via RSS
Recent
Categories
Tags
View Replies (4)

I tried attaching the files, but they may end up at the end or in a .zip.

I think it may be appropriate now for me to present some observations which might be perceived as a rant, as well as some sounds and some recommendations. If this does not help you please skip this, though I think you may miss out on some cool sounds IMHO. I anticipate some negative feedback, hopefully constructive, but regardless hope that it starts some sonic conversation. So feel free to put me in my place, Bad Mister, but please be gentle or I might cry.

I love my Montage 8, and the great sounds it creates. I think that the sound quality is second to none, no matter what kind of multiple sound generation engines brand X may have (or whatever soft synth, etc.). I must admit my bias, but I think the best sounds that Montage creates are FM, and this ultimately important, and several reasons why:

1) They are free - they do not require any additional waveforms, so do not cost any memory
2) They are independent - they can be modified without concern for dependencies on other waveforms or sounds
3) They can be combined infinitely
4) They have near infinite modulation (full control over EGs, modulation sources and targets, etc)

The complaints of detractors usually fall under a couple of categories
1) It sounds too sterile. Lack of randomness, etc. This can be addressed a number of ways, which I am going to show

2) It is too hard to program realistic sounds. I would refer you to the very nice tome by the mighty Thor at http://www.JavelinArt.com. It presents a very nice scientific explanation of sound generation. Beyond that, you really have to do as Bad Mister says and use your ears. We also have to be aware of the limitations of any synthesis engine; it is much easier to create a sampled orchestral instrument than to program one by any synthesis method. If you are looking for a realistic piano, you are not going to be able to beat a sample. But I don’t think that is what people are really looking for. Sometimes you want to create an instrument-like sound, but still want it to sound synthy. That is where Montage excels.

3) It is too hard to program in general. I cannot disagree with this. This is where my rant part comes in. We need an editor-librarian. There are so many parameters to adjust and keep track of, that to be able to not only create sounds, but also organize the various tweaks of those sounds, we really need a librarian. If I could properly dump the sounds in my instrument, I might be more inclined to share my work. And not to brag, but I think people might enjoy my sounds.

4) Yamaha wants to brag about the power of FMX in Montage, so I challenge to show it. There are a number of sounds on the Montage presets, but frankly, the FMX examples are either: 1) glorified DX7, 2) anemic, or 3) flat out weird. The motion sequence patches are kind of neat from a “coolness” perspective, but they don’t seem to have much practical usage. A part of that problem is that motion sounds really have to be customized, and too much arpeggiation or rhythm locks you into a particular song or genre. Anyone else using that sound, sounds pretty similar. And the current system does not lend itself readily to swapping out different sounds while preserving the motion/arpeggio/rhythm/etc.

FMX sounds can be “fat”, rich, deep, random, etc. “Power DX” has demonstrated that, and I plan to show some demonstration of that as well. I will be honest that I have been disappointed in what have been showcased in the presets, as I said above. I can understand and relate to the problem of having to come up with hundreds of original sounds in a short period of time, but this is not 1984. If I had an editor librarian (hint, hint) I would be able to churn out about a hundred variations of cool but basic sounds in a couple days or less.

(Hey, FREE SOUNDS!)
Bad Mister, you hinted at this with the example of FM PWM, but did not go far enough (you can add randomness and complexity by stacking or side-chaining low frequency modulators of various fixed frequencies. Here is one example: (FMVCO1)

There are several ways of creating complexity in a sound, including LFO, detune, and effects, but an advantage that FM-X has with its 8-OP system is that you can use multiple operators at a low fixed frequency to simulate drift, and that is what I have done with this sound. By yoking two modulators to a 3rd modulator, you can use different modulator waveforms (look at the sound in edit mode) such as odd waveform to achieve different complexity. I wanted to beI have added some chorus which you can switch on using AF1, and a low tech alteration in AF2.

Is it analog? No, of course not, but in my humble opinion, it is pretty close. It introduces quite a bit of drift into the sound. And when you add the chorus with the AF1 switch, it almost gives you the feeling that the oscillators are warming up to detune. So there are ways of making it sound more natural.

Here is another example that is similar, but different (FMVCO2),
and another (FMVCO2 drift).

You can stack these and pan, reverb, etc. to make more lush sounds. I tried to leave the basic sound, so that you can hear that this is not from an effect. Open one up and look at OP4 and OP8. These are the carriers. Try using different waveforms and different skirt settings. I did not add vibrato or other expression mods with these because I wanted to highlight the basic sound, and the ability to make something which sounds if not truly analog, at least less digital.

One of the coolest things that I initially did not understand, is that you can take a basic FM sound and using the filter, you can make it sound very analog because of the different resonance and sweep. This is I think the biggest untapped (or at least unsung) part of Montage’s sound making.

Here are some examples:
(WowPad)
(FMSuboscFilter)
For these, I did actually add some Superknob control for filter parameters, as well as vibrato with the mod wheel.

And here is a bonus:
(StarRise)

I think that if Yamaha had started with some more basic examples, or even put out a library of FM sounds geared toward Montage, especially with some basic waveform examples (yes, I know there are 10,000 DX7 sounds downloadable on the internet) with some instructions on how to use them to get creative, it would be less daunting for most folks to use the FM portion of Montage.

5) Montage is a solo instrument. There, I said it. You can talk about how multi-instrumental, multi-part, and multi-timbral Montage is, but until we can actually assign midi channels to individual parts, our choices are midi single (SOLO), or essentially GMS. I try to keep my basic patches 1 part performance, so that I can blend them later, but in order to be able to stack or arrange them for a recording, I need to be able to pre-plan the order of each part, which limits the spontaneity of my creativity. I love the ability to stack 1 part performances to create really fat sounds, but if you want a 3-part performance plus a 4-part performance, you have to stack them into a single performance, and to be able to trigger those separately, you have to have a keyboard that can play multiple selective channels at once, or a DAW that manages that. The closest thing I have been able to achieve is using the external midi device in a Combinator in Reason. This is an effective workaround, but still a kludge.

My thanks to Per Skovgaard, and also to Peter Krischker for your wonderful sounds; they have inspired me to try to create some FMX sounds to share.
Responses (4) 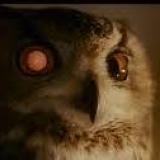 Accepted Answer Pending Moderation
You can upload nearly anything - just ZIP it first. One limitation of the forum.

Although opinion, I believe I agree on the FM-X presets. I ran through them all and had a "meh" reaction to them. Thanks for contributing.

As far as editor - I kind of agree although compared to AWM2 - there are far less parameters. So I see FM-X as fairly simple to program relatively speaking. I'm speaking about the interface and not about the "art". Changing a few parameters and pressing [STORE] (then typing in a new name) is fairly quick work.

Owl
Accepted Answer Pending Moderation
I agree that Montage FMX is simple to program compared to the old DX7, simply because you can see more of the interface and swap operator views so quickly, but I have I think between 400 and 500 FM sounds that I am working on (not all completely unique, some are variations on other sounds I've made), so organizing them is a pain. Call me lazy....