Antoinio "Tone" Daniels is one of the most sought after Musicians, Producers, Songwriters, Arrangers and Musical Directors in the music industry. His talents have been showcased both nationally and internationally.

While traveling with a stage play in 1997, Tone was introduced to Grammy Award Winning/Multi-Platinum album selling R&B Mega star R.Kelly. Through working with R.Kelly, Tone was part of a production team that co-wrote songs and tracks on all of R.Kelly's albums and artists R.Kelly wrote for. . All of the albums and singles became RIAA Certified Multi-Platinum and Gold.

Tone is also a sought after Music Teacher/Educator, Conference Speaker, Music Workshop Instructor and Music Clinic Facilitator. He also serves as a teacher and mentor to younger musicians and producers. He is also currently developing his own lineup of artists on his Tone Soundz Music Media label imprint. 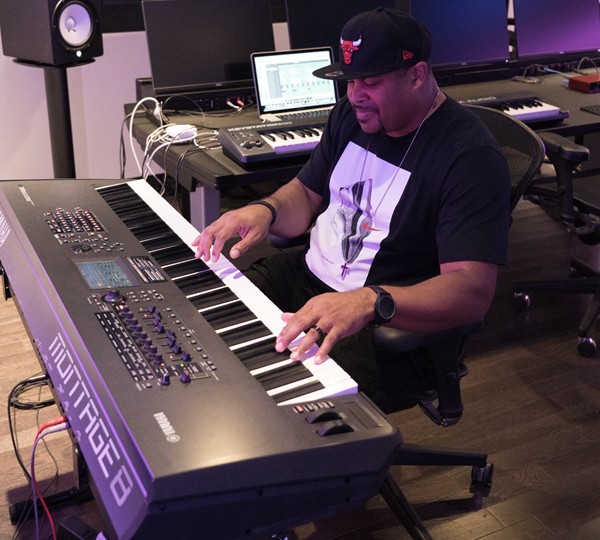 He is currently writing and recording his own project slated to release later in 2018. And is also currently collaborating with artists: Leanna Crawford, Acquanitta Skye, Adaeze and Carl Thomas, just to name a few.